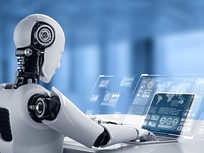 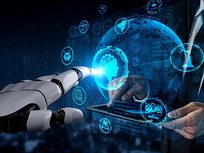 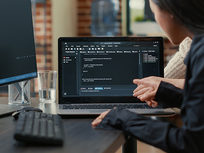 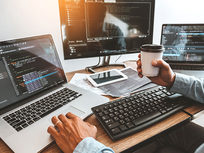 The Complete Python Course: Learn Python by Doing in 2022
$200 Value 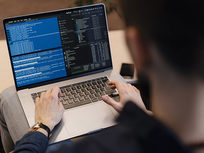 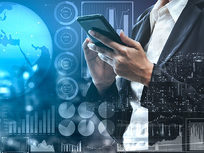 By Mammoth Interactive | in Online Courses

Assistants represent one of the major trends in 2020. Some have even suggested they'll eventually supplant our app-based ecosystem. With apps for Assistants, you're building an app that works on smart speakers, like Google Home, and devices like Android phones, and Android watches.

App leaders like Apple, Amazon, and Google, who want to guarantee that people spend most of their time in their apps, are placing big bets on Assistants. And devices like Google Home are penetrating into our homes.

Mammoth Interactive produces XBOX 360, iPhone, iPad, Android, HTML 5, ad games, and more. It's owned by top-rated instructor John Bura. Mammoth Interactive recently sold a game to Nickelodeon! John has been contracted by many different companies to provide game design, audio, programming, level design, and project management. To this day John has 40 commercial games that he has contributed to. Several of the games he has produced have risen to number 1 in Apple's app store. In his spare time, John likes to play ultimate Frisbee, cycle, and work out.

The world of Hadoop and "Big Data" can be intimidating - hundreds of different technologies with cryptic names form the Hadoop ecosystem. With this Hadoop tutorial, you'll not only understand what those systems are and how they fit together - but you'll go hands-on and learn how to use them to solve real business problems! Learn and master the most popular big data technologies in this comprehensive course, taught by a former engineer and senior manager from Amazon and IMDb. We'll go way beyond Hadoop itself, and dive into all sorts of distributed systems you may need to integrate with.

4.6/5 average rating: ★ ★ ★ ★ ★ ★
Frank Kane | Founder, Sundog Education
4.5/5 Instructor Rating: ★ ★ ★ ★ ★ ★
Frank Kane spent 9 years at Amazon and IMDb, developing and managing the technology that automatically delivers product and movie recommendations to hundreds of millions of customers, all the time. Frank holds 17 issued patents in the fields of distributed computing, data mining, and machine learning. In 2012, Frank left to start his own successful company, Sundog Software, which focuses on virtual reality environment technology and teaching others about big data analysis.

Machine Learning and artificial intelligence (AI) is everywhere; if you want to know how companies like Google, Amazon, and even Udemy extract meaning and insights from massive data sets, this data science course will give you the fundamentals you need. If you've got some programming or scripting experience, this course will teach you the techniques used by real data scientists and machine learning practitioners in the tech industry - and prepare you for a move into this hot career path.

4.6/5 average rating: ★ ★ ★ ★ ★ ★
Frank Kane | Founder, Sundog Education
4.5/5 Instructor Rating: ★ ★ ★ ★ ★ ★
Frank Kane spent 9 years at Amazon and IMDb, developing and managing the technology that automatically delivers product and movie recommendations to hundreds of millions of customers, all the time. Frank holds 17 issued patents in the fields of distributed computing, data mining, and machine learning. In 2012, Frank left to start his own successful company, Sundog Software, which focuses on virtual reality environment technology and teaching others about big data analysis.

Big Data analysis is an essential component of any company organization that works with mass amounts of data, and it's a constantly adapting and innovating field. Spark Streaming is a new and quickly developing technology for processing mass data sets in real-time. Whether it's clickstream data from a major website, sensor data from an Internet of Things deployment, financial data, or any other large stream of data, Spark Streaming has the capability to transform and analyze that data as it is created.

The professional applications of this technology are obvious, and this course will get you up to speed not just in Spark Streaming, but in Big Data generally, so you can confidently start looking for high-paying Big Data jobs.

4.3/5 average rating: ★ ★ ★ ★ ★ ★
Frank Kane | Founder, Sundog Education
4.5/5 Instructor Rating: ★ ★ ★ ★ ★ ★
Frank Kane spent 9 years at Amazon and IMDb, developing and managing the technology that automatically delivers product and movie recommendations to hundreds of millions of customers, all the time. Frank holds 17 issued patents in the fields of distributed computing, data mining, and machine learning. In 2012, Frank left to start his own successful company, Sundog Software, which focuses on virtual reality environment technology and teaching others about big data analysis.

By Joseph Delgadillo | in Online Courses

If you are looking for a crash course in C++, you are going to love C++ for Absolute Beginners! We know that your time is valuable, so we included everything you need to know about C++ in a concise video course.

Joseph Delgadillo teaches skills ranging from computers and technology to entrepreneurship and digital marketing. Take a course with him to get an over-the-shoulder view of how experts are successful in their respective fields. He is a proud alumnus of Central Washington University.

The Complete Python Course: Learn Python by Doing in 2022

Go from Beginner to Expert in Python by Building Projects

By Jose Salvatierra | in Online Courses

Over the last few years, Python has become more and more popular. Demand for Python is booming in the job market and it is a skill that can help you enter some of the most exciting industries, including data science, web applications, home automation, and many more. Python is one of the "most loved" and "most wanted" programming languages according to recent industry surveys. If people are not using Python already, they want to start using Python. Learn Python from a software developer. If you want to master Python and write efficient, elegant, and simple code, this is the course you've been looking for!

Jose Salvatierra has been teaching computer science and playing and teaching music (grades 1 to 8) for over four years, to students of all ages and all skill levels. He started programming at the age of 10, just a couple years after he started studying music, when his dad, excited that he had shown interest in similar things to himself, taught him the basics of Marin Saric’s METAL. Shortly thereafter they moved on to REALbasic, and from there Jose started learning Java and C.

Study the Most Loved Programming Language of Programmers

By Nouman Azam | in Online Courses

Rust is a system programming language which means they have speed and control but at the same time is much much better because of the safety features just like high-level languages. This makes rust so clearly stand out among all the other programming languages. Its popularity is increasing day by day and is therefore being adapted by bigger companies worldwide. This course will take you from beginner to expert level. This course is designed from a perspective of a student who has no prior knowledge of Rust and who is a Rusy beginner.

Nouman has over 10 years of teaching experience. He has taught almost all the major computer science subjects including introduction to computers, computer organization and architecture, operation systems, computer networks, image processing, digital logic design, discrete structures, and many others. He has extensive knowledge of tools such as MATLAB, QTSpim, C++, Java, and other academic tools used for teaching and instructing purposes.

By Tom Owsiak | in Online Courses

Are you a website owner who struggles to rank on the first page of Google? Are you a small business and would like to get more local clients from Google’s search? Google is massively competitive these days. There are millions of new websites being created daily. You can no longer randomly post articles and hope to go viral and get traffic. Writing articles is a part of SEO but there are other steps involved. And for that, you need an understanding of the SEO mechanics. You need to know the actions that are involved in ranking websites on search engines. And that’s where this course comes in. The goal here is to demystify the SEO process.

Tom Wiztek is a recruitment and marketing specialist. Working for over 2 years in the recruitment industry, he learned the ins and outs of hiring people. He then decided to publish courses related to finding a job because he realized that a lot of candidates are professionals in their field, but don't know to present themselves. Over the past couple of years, he has been involved in numerous projects related to traffic generation, online marketing, blogs, app creation, and web design.